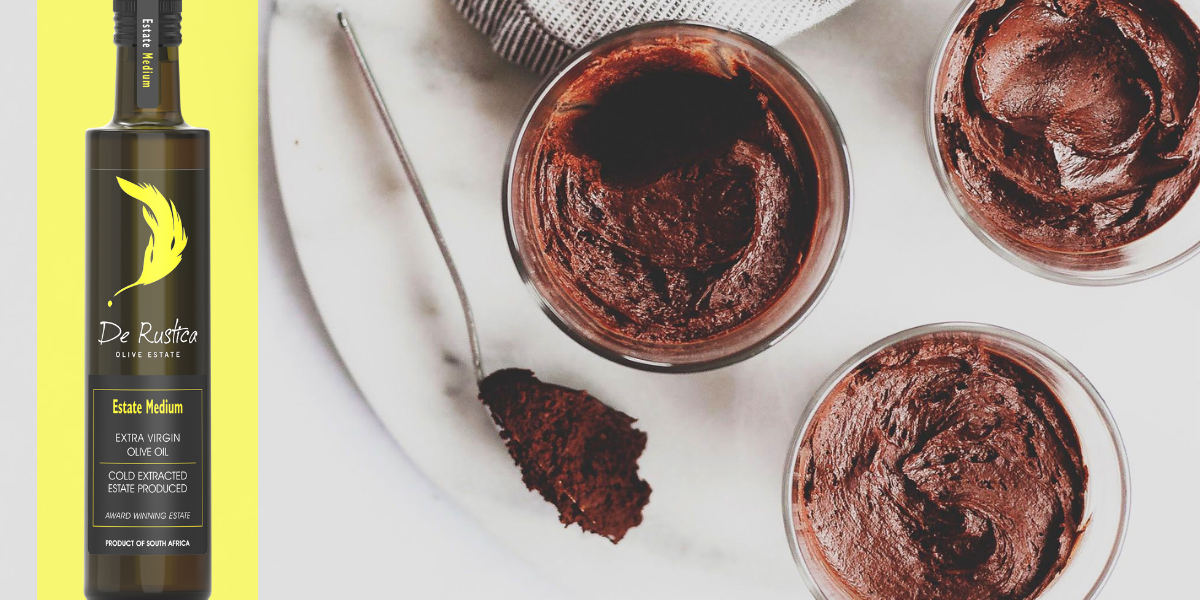 The olive oil doesn’t just bring its resonant flavour to the mousse, it creates its smooth, soft texture. Go for a smooth but still spicy rather than raspingly peppery extra-virgin olive oil, and use the absolute best quality you can like our De Rustica Estate Medium.