The Ancient history of the olive 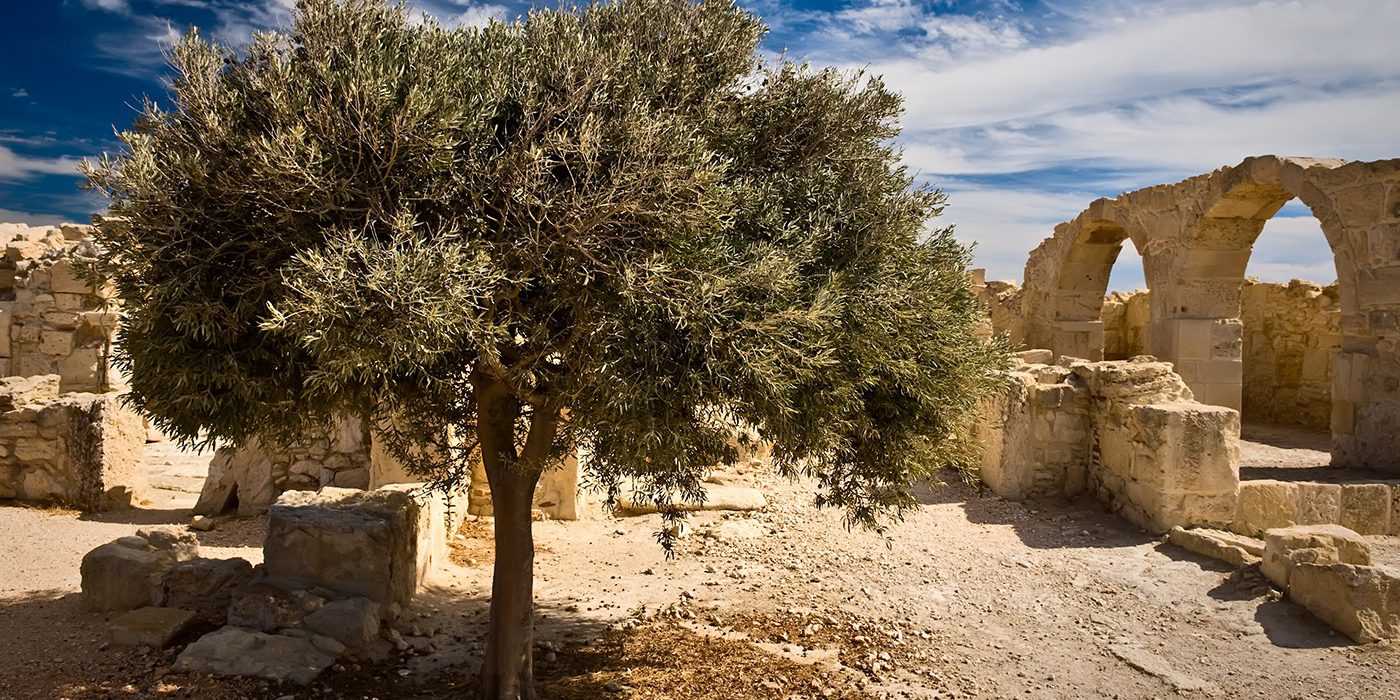 The olive tree grew wild in the middle east and its fruits have been used since prehistoric times.  Its history is so ancient that no one knows who first pressed the olive for its oil or who thought of softening and preserving the fruit in salt or soda.

Along with the vine, the olive tree was one of the first plants to be cultivated and the practice spread from central Persia and Mesopotamia to Egypt and Phoenicia and then to Greece.  By dawn of history all the peoples of the eastern Mediterranean lived by the olive and  the vine.

Because of its importance as a soothing ointment and as a source of both food and light, the olive gained a religious and divine significance.  One of the earliest references to the olive occurs in an Egyptian papyrus from the twelfth century BC.  It is a deed of gift from the  pharaoh Rameses 111 to the god Ra.  In it he offers the olive groves which were planted round the town of Heliopolis: “ from these trees the purest oil can be extracted to keep the lamps of your sanctuary burning”

Legend relates that a cedar, a cypress and an olive tree grew on Adam’s grave on the slopes of mount Tabor.  The Bible abounds in references to the olive.  In Genesis it was an olive branch that the dove brought back to the Ark.  Proving to Noah that the waters were subsiding after the flood.  Ever since, the olive branch has been regarded as a symbol of peace and goodwill.

Greek mythology describes how Zeus promised to give Attica to the god or goddess who offered the most useful invention.  it was Athena, goddess of wisdom and peace, who won with her gift of the olive tree and its soothing, nourishing oil.  Athena became the goddess of Athens and her olive tree was said to be planted on the rock of the Acropolis.  The story is commemorated in a frieze on the side of the Parthenon.

In the course of their travels the Greeks introduced the olive to Italy, where it soon established itself.  The peoples of north Africa also cultivated the olive and it gradually moved along the coast through Tunisia to Algeria and Morocco and then north into Spain and Portugal.

In De Re Rustica, the Roman writer Cato tells his readers that every farm should place the olive high on its list of crops.  the Romans brought their very practical skills to bear on the olive grove and its products and invented the screw press to perfect the method of extraction.  They went on to improve the storage and distribution of oil.

The Romans were also responsible for the further spread of olive groves, taking the trees into northern Italy until there was hardly a province which did not produce olives or olive oil.  They also introduced the tree into Provence, but they still could not produce enough to fulfill their needs.  Clay vessels of Spanish origin unearthed in Italy, stamped with the seals of the exporters, show that Spanish growers filled the gap, as they often do to this day.